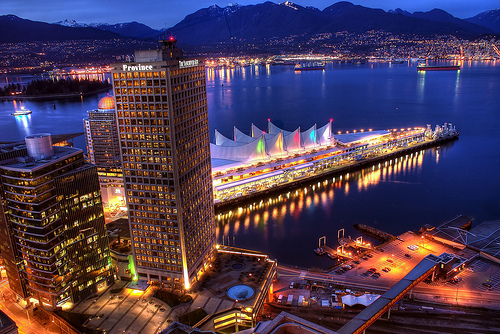 Certain historians believe that it was the Vikings who first reached North America. They reached it around 1000 AD and called it Vinland. Little is known about them other than some small settlements. There are several theories associated with the name "America." The most popularly accepted theory is that it is named after Amerigo Vespucci, who distinguished the Americas for the first time from East Indies. He pointed it out by using the name "New World" and said that the Americas was a different land mass.

The 1492 journey of Christopher Columbus brought Spaniards to North America. Spain was the first Europeans to land in North America. They first conquered large islands in the Caribbean Sea. It was followed by the conquest of Mexico and Central America. Soon other foreign powers followed and prominent being the French and the British.

When Europeans first arrived in North America, it consisted mainly of semi-nomadic tribes and small agricultural civilizations. But when the European colonization intensified most the nomadic tribes and groups formed confederations to fight the colonization. Apache, Aztec, Maya, Huron, Cherokee, Mohawk, Sioux, Mohegan, Iroquois, and Inuit were the most popular tribes.

The Europeans bought new diseases to North America and most of the tribes had no resistance to such diseases. Soon they died out and the rest were killed or conquered. The year 1492 was an important turning point in the history of North America. The European colonizers at first concentrated on areas south of the present United States. And each European power had different intentions and this often clashed with interests of the resident population and wars were a common phenomenon during the period after 1492.

The colonization in the East brought huge wealth to certain European powers like Portugal. Britain and France detested this and they took a westward route in the hunt of gold. Jacques Cartier in 1534, with the blessing of French king, discovered the inlet of St Lawrence River. This opened the much-needed inlet into North America.

Apart from gold, European attention also was diverted to the large source of fish around the newfound continent. Britain played a great role in the fish trade. At first the Indians, then in the present day United States, were very friendly and gave all the help to Britain and other colonizers. As the Indians were mainly nomadic, they did not interfere with the European settlers.

An organized colonization by Britain began in 1606. Charters were issued to several companies to establish colonies in the name of the King. In April 1607, three ships sailed into the Chesapeake Bay and they called the territory Virginia. Soon around 100 families settled in an island called Jamestown.

But this settlement was not so successful as most of the people died out of disease and attacks from Indians. But more reinforcements arrived in 1609 and 1610 and secured Virginia. The famous Pilgrim Fathers followed in 1620. Mayflower sailed with the Pilgrim Fathers from Plymouth and landed on Cape Cod. They named it Plymouth. This was followed by settlements in Massachusetts and New England. Soon the French and the Dutch followed and by the end of the 17th century the whole of North America was colonized.

Central America was colonized mainly by Spain and other European powers had little influence over this area. The states of Central America were known as Captaincy General of Guatemala. Spain ruled over the entire area through a viceroy from Mexico City. A congress of Central American countries in 1821 declared independence from Spain.

Basque fishermen were the first to arrive in Canada and by the mid-16th century they had established large fishing colonies. Fish trade led to the arrival of the British and the French. France was the first country to gain dominance and it continued till 1753. But in 1758, the British defeated France and took over large parts.

The rebellions of the 19th century led to the unseating of British power in Canada. The Caribbean countries were occupied by several European powers and with countries in the mainland declaring independence from the European masters, the islands too followed suit and by the end of the 19th century most of the countries had gained independence. This part of North America was famous for pirates from 1640 to 1680.

Today, North America is home to nations that are both rich and very poor. Differences exist between nations but by and large they are peaceful. The greatest threat that North America now faces are natural disasters in the form of hurricanes

Find it By Country