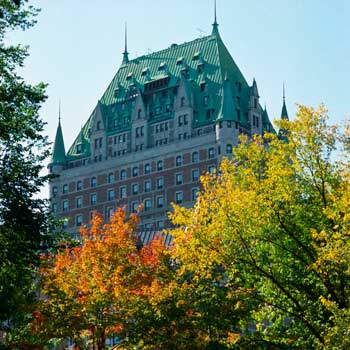 Canada, the world's second largest country in area, lies in the northern portion of the North American continent. The country is originally inhabited by various Native American peoples. Canada has a population of about 33 million inhabitants. Canada is bounded on the north by the Arctic Ocean, on the east by the Atlantic Ocean, and on the west by the Pacific Ocean and Alaska. Canada was separated from the United States by a transcontinental border, shaped in part by the Great Lakes; Nares and Davis straits divides Canada from Greenland.

The early inhabitants of Canada, before the Europeans arrived in the main land, were people who visited the place from Asia through the Bering Strait over 10,000 years ago. The arrival of Vikings - around A.D. 1000 - was mentioned in Icelandic sagas. These descriptions were supported by the archaeological discoveries in Newfoundland.

In 1497, John Cabot who sailed under English auspices landed in the east coast. The French man - Jacques Cartier - installed a cross in 1534 on the Gaspé Peninsula. All these voyages to the Canadian coast were actually looking for a north-west passage to Asia. However, until 1763, the main history to tell about Canada is nothing other than English-French competition.

The earliest permanent European settlement in Canada was founded by the sieur de Monts and Samuel de Champlain at Port Royal in Acadia, in 1605. In 1608, a trading post was opened in Quebec. The English attacked Port Royal in 1614 claming the place.

Quebec was captured by the English - who were trying to provide support for their claims under Cabot's discoveries - in 1629. However, in 1632, the French regained Quebec and began to exploit the fur trade - their primary interest was in the fur trading -through the Company of New France (Company of One Hundred Associates). They started several new settlements and the exploration continued. Around 300 more settlers arrived the place between 1608 and 1640.

The company of New France was disbanded by the French government in 1663. Now, the colony came under the rule of a bishop, a royal governor, and an intendant. In 1970, the English had claims on the Hudson's Bay Company and Acadia. They began to compete for the much profitable fur trade of the west. The war between France and Britain, started in Europe, were paralleled in North America by the French and India Wars. The Treaty of Utrecht, signed in 1713, gave Britain Hudson Bay area, Newfoundland, and the Acadia.

The French started constructing forts in the west to reinforce their position. Among them, the noted are the Niagara and Detroit. The critical battle broke out in 1759, when Wolfe defeated Montcalm on the Plains of Abraham. This helped the British to conquer Quebec. Montreal fell in 1760. After the Treaty of Paris, signed in 1763, France ceded all its North American possessions east of the Mississippi to Britain, except Louisiana which went in hands of Spain.

In 1784, Britain created the colony of New Brunswick from part of Nova Scotia. Under the Constitutional Act of 1791, they partitioned Quebec into Upper Canada and Lower Canada. The War of 1812 started when the United States attacked British forces to conclude British influence in North America. United States burned York " now Toronto " in April 1813. In return, in August 1814, in a sudden attack the British burned Washington DC.

After the Act of Union, signed in 1840, the Canada was merged into a single colony - the United Province of Canada. This was made in an attempt to incorporate the French Canadians. The British government made the colonies of British Columbia (1848) and Vancouver Island (1849) after the United States accorded to the 49th parallel north as its border with western British North America.

In the late 1850s, the politicians in the Province of Canada had commenced a sequence of western exploratory expeditions. This was started with the belief of assuming control of the Arctic and Rupert's Land.

Canada became a member of the League of Nations in 1919. The country assumed full control of its own affairs through the Balfour Declaration in the Imperial Conference of 1926. In 1947 Canadian citizenship was first distinguished from British.

Today, Canada has developed into a technologically advanced and industrialized nation. The country is a net exporter of energy owning to its large fossil fuel deposits, hydroelectric power capacity, and nuclear energy generation. Canada's diversified economy relies heavily on an abundance of natural resources and trade, mainly with US with which Canada has had a long and complex relationship.