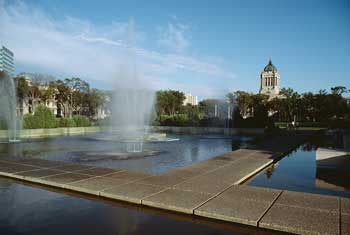 The fifth Canadian province, Manitoba is easternmost of the three Prairie Provinces. Also known as "Friendly Manitoba" this province has something for every visitor.

The province is mostly covered with lakes. It is the home to the world's largest fresh water lake, Lake Winnipeg. The lake offers exciting activities such as fishing, skiing, hiking, boating and other recreational aqua sports. Visitors can delight in the Grand Beach, the favorite spot for the sun worshippers, found on the glorious lake and at other small beaches and docks. The state is swarming with visitors during the winters due to a variety of thrilling winter sports such as skiing, snowmobiling, skating, snowboarding etc.

Winnipeg is the capital and also the largest city of the province. The city is a major transportation hub for the province and is an ideal getaway to western Canada. Among many celebrated attractions such as the Manitoba museum, Curt's Fun Club, Fringe Festival, Boozefest and Folklorama etc., the city is also hailed for being the hometown of many celebrities such as the Trevor "The Wrecker", a famous golfer, goalie and philanthropist and Burton Cummings etc.

The city of Churchill in the Manitoba province of Canada has its own charm. Also known as the Polar Bear Capital of the World, the city has much more to offer than expected. Though the original population of the city is nearly a thousand people, the place is bustling with visitors all round the year particularly in the months of October and November when polar bears are visible in the region. Also worth watching are the Beluga Whales dive at the mouth of the Churchill River, the Prince of Wales Fort National Historic Site and the exclusive Eskimo Museum.

Along with attractions, the province of Manitoba is rich in history too. The Manitoba region witnessed human settlement after the ice age glaciers retreated in the south. The cultural groups of Ojibwa, Cree, Dene, Sioux and Assiniboine entered the area with the purpose of trade.

In 1611 Henry Hudson became the first to sail in the Hudson's Bay. After this the area was a part of the Rupert's Land. Via the channel of Manitoba Rivers, other traders and explorers from British Isles also got a chance to enter the area.

Sir Thomas Button was the first European to reach present day Manitoba. He was followed by several other explorers especially French and Metis explorers. A large part of the population particularly in the Saint Boniface district of Winnipeg is still French- Canadian. At that time many fur trading posts were established in the region.