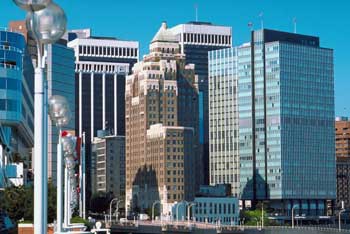 The western most province of Canada, British Columbia is globally acclaimed for its appealing natural beauty and other timeless attractions. Bordered by the pacific coast on the west, Canadian province of Alberta on the east, states of Washington, Idaho and Montana on the south and Yukon territories and the Northwest Territories on the north, British Columbia is deemed to be country's most culturally and topographically diverse province.

The unparalleled scenic splendor and ethnicity along with wonderful waterways, mountains, farmlands, forests and cities of the province not just attract countless tourists to it every year but also pushes up the number of foreign immigrant settlements in the area.

The capital of the province is Victoria. Victoria was founded by James Douglas and so a large part of the population here is British. Victoria is characterized by beautiful gardens such as the Butchart Gardens, crystal blue waters and lakes, grand museums like the Royal British Columbia Museum, cigars, tea and tranquility.

The largest city of the British Columbia is Vancouver. Vancouver is known worldwide for its natural beauty and the largest urban parks, the Stanley Park. The North Shore Mountains, the snow capped volcano Mount Baker to the southeast, the Vancouver Island across the Strait of Georgia and the Sunshine Coast to the northwest offer charismatic views of the city.

As large is the area, as huge is the population of the city. With an approximate population of around 2.5 million people, Vancouver is bustling with people and is the ranked number three in terms of population density of metropolitan cities. Since the city provides an easy access to the outdoor activities such as hiking, cycling, boating and skiing, it is often reckoned as the "city of neighborhoods".

The province of British Columbia is quite significant in the history of Canada. The origins of British Columbia can be traced back to nearly 11,500 years. The region was inhabited by province for a long time. They were succeeded by First Nations population i.e. the indigenous people of North America.

In 1770 the region witnessed explorations by James Cook and George Vancouver. In 1790 the British jurisdiction was established over the area. The explorations in the region were commenced by Sir Alexander Mackenzie in 1793. His expedition was followed by the establishment of British sovereignty inland.

The establishment of fur trading posts under the North West Company and the Hudson's Bay Company led to the foundation of a permanent British presence in the area. Over the years these early posts translated into settlements, cities and communities.

In 1846 the Oregon Treaty signed between United States and the Great Britain, divided the territory along the 49th parallel to Georgia Strait, excluding Vancouver and transferred it to the United States.

In 1849 the colony of Vancouver Island was created. Victoria was designated as its capital city. James Douglas was made the governor of this newly founded colony.

For a long time the New Caledonia remained an unorganized territory of the British North America.