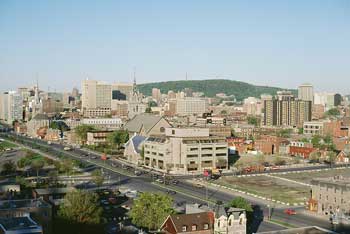 Covering an area of 1,542,056 square kilometers and a population of 7,598,100 approximately, Quebec, the largest and second most populated of all the Canadian provinces is still struggling to preserve its cultural identity. When in 1995 Quebec was close to separate itself from Canada, the people of Quebec voted to be one amongst the important provinces of Canada.

But the political issues are not just the highlight of the province. Quebec is well known for its appealing scenic splendor and colorful lifestyle. With a variety of cultural events and festivals, museums and art galleries, art and architecture, Quebec is just the right place to enjoy a perfect holiday.

The largest city of this province is Montreal. The city is wonderful with several worth visiting sites. Sun never sets in the city of Montreal where people here believe in the joy of living.

The charismatic and thrilling aura of the city, changing seasons that present nature at its best, regular lively traditional festivals, the delectable cuisine and great eating joints, visible technical advancement, all account for the Montreal being a city with a difference.

But the capital city, Quebec City is no less. With sites such as Musee de la Civilisation, National Battlefields Park etc. the ambience of the city is completely historic. A walk down the city will confront you with various old and magnificent churches such as Notre- Dame- des Victories, St. Jean Baptiste church, the Cathedral St-Roch.

The history of this province reveals its archaic origins. The land was first inhabited by the Algonkian, Iroquoian, Pooland and Inuit groups. The name Quebec is believed to have been derived from the Algonquin language wherein it means "strait" or "narrowing".

Gradually the tribal people were replaced by the Europeans. The Vikings had come to the region around 1000 CE. Jacques Cartier was the first French explorer to reach Quebec. He founded a small colony near the Quebec City.

Samuel de Champlain established the Quebec City in 1608. This was after the establishment of the Habitation de Quebec as a permanent fur trading post. In 1663 New France became a royal province.

In 1758 the British attacked the New France by sea and captured the French fort at Louisbourg. In 1763 as a result of the Treaty of Paris France ceded all its North American possessions to Great Britain.

The British Royal Proclamation that was issued on 7th October 1763 by King George III, Canada, which was a part of New France got renamed as Province of Quebec.

In 1775 the Battle of Quebec took place. The American revolutionaries had commenced the battle to capture the Canadian city of Quebec. With the signing of the Treaty of Paris in 1783 Quebec had to cede its territory south of the Great Lakes to the United States of America.

In 1867 the former province of Canada was divided into the provinces of Ontario i.e. Upper Canada and the Quebec i.e. Lower Canada.

Though there was an attempt to gain sovereignty for Quebec in the elections that took place in 1970 and 1973, but the parties could not succeed.