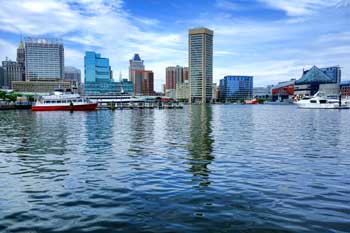 Bordered on north by Pennsylvania, on the west by West Virginia, by Delaware and Atlantic Ocean on the east and by Virginia on the south, Maryland is one of the southern states in the United States of America. Many people also deem Maryland to be a part of the Mid-Atlantic States.

Spread in an area of 32,160 square kilometers Maryland is known for its vast coastline. The Chesapeake Bay bisecting the sate and the Atlantic Ocean bordering it are worth visiting sites of Maryland. 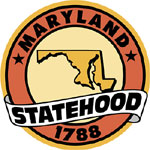 The maritime heritage of the Chesapeake Bay region is depicted in the primary attractions of Baltimore's Inner Harbor, the sailing capital of the state, Annapolis and the drooling boating communities on the East Shore.

The Atlantic coast is active during the summer time. During summers miles of white beaches and action-packed boardwalk are bustling with tourists from all round the world.

The interior of Maryland is also a lure in itself. From beautiful waterfalls, huge mountains, steep valleys to quiet rivers and wonderful landscapes, there is everything to enhance the scenic splendor of the state. Besides this the numerous activities such as hiking, fishing, white river rafting, kayaking etc. keep the tourists glued to the place.

Visitors can also get to know about the rich history of the state through artifacts in museums and historical paintings in the galleries. History reveals that Maryland's past can be traced back to 10th millennium BC when the region had its first inhabitants. These people were nomads who relied on hunting and gathering stuff.

In 1498 John Cabot became the first European to explore the area. In 1542 another Italian Giovanni da Verrazano even explored the place. In the years that followed the Bay itself was explored by several European explorers.

Many puritans migrated from Virginia to Maryland during the time Anglicanism was made mandatory in Virginia. These puritans were given space for settlement, called Providence and which is now known as Annapolis. In 1650 the puritans demanded proprietary government and establishment of a new government that outlawed both Catholicism and Anglicanism. The revolt of puritans ended with the Toleration Act passed by the English Parliament on 24th May 1689.

In 1708 the seat of government was shifted to Providence and the land was renamed as Annapolis. This was done in order to honor Queen Anne.

During the American Revolution Maryland was a member of the thirteen colonies that revolted against the British rule.