Origin of name: Named after Missouri Indian tribe whose name means "town of the large canoes". 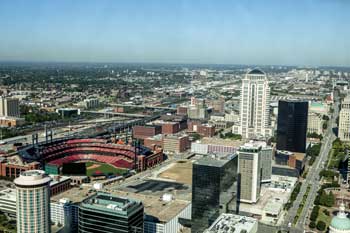 The state derived its name from the Missouri Native Americans who had inhabited the region near the tributaries of the Mississippi and Missouri Rivers and became a part of the Union in 1821 after a tremendous colonial disputes between France and Spain.

When in 1800, Spain negotiated the territory's cession back to France, French ruler; Napoleon found that it was difficult to safeguard the state against the expansion drive of United States. Thus as part of the Louisiana Purchase, Napoleon sold Missouri to US under the President Thomas Jefferson. 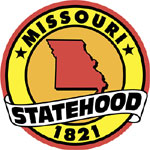 In 1804 the Lewis and Clark Expedition happened in the territory. The expedition was followed by the organization of the Louisiana territory in 1805.

Between the years 1817 to 1825 trade boomed in Missouri. There was good amount of import and export in the state.

In the years that followed, the state witnessed developments in various fields. For instance the education sector witnessed advancement with the foundation of University of Missouri in 1841.

Prior to the Civil War Missourians had greatly voted against seceding from the Union. After the presidential elections Missouri was the only state that did not officially secede and where Army had announced a war.

Missouri was the arena of several crucial civil battles (such as the Wilson's Creek battle near Springfield) due to its strategic location that connected Northern and Southern states. Not just this but the geographical positioning of Missouri fetched good trade and commerce too for it.

In 1865 Missouri abolished slavery. Later it adopted a new constitution that did not permit voting rights to the Confederacy supporters. On 30 October 1875 Missouri adopted its third constitution.

Today the state is considered an ideal place for vacation with your spouse, family or friends. Besides bewitchingly beautiful and picturesque sites, Missouri offers many big and small attractions such as cave spring on Current River, Lake of Ozarks, Truman Library Independence, Gateway Arch St. Louis etc.