Origin of name: Named by Spanish after Califia, a mythical paradise in a Spanish romance, written by Montalvo in 1510. 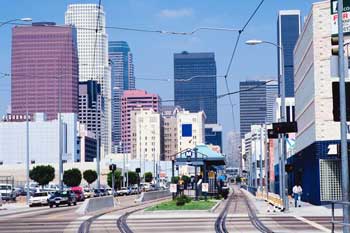 Bordering the Pacific Ocean, Oregon, Nevada, Arizona and Mexican state of Baja California, California has not just a wonderful geographic location but also other incredible features to its name. California is one of the country's most beautiful tourist destinations. The beautiful coastal town on the Redwood Coast, the big vineyards of Sonoma and Napa, the stunning Mount Shasta, the Disneyland Resort, the Silicon Valley, California deserts, Palm Springs, Death Valley and much more account for California being a place worth visiting. Also, the capital Sacramento and the largest city of the state, Los Angeles add to the California enticement. 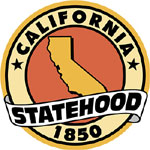 Apart from spectacular lures in abundance California has a rich history too. Originally California referred to the entire region composed of the Mexican peninsula that in now reckoned as Baja California and the land in the current US states of California, Nevada, Utah, Arizona and Wyoming, known as Alta California.

In late 1700s by establishing small missionaries in Baja California, Spain colonized the Californian territory. But when Mexico acquired independence from, the chain of missions became the property of the Mexican government and they were quickly dissolved and abandoned by the Spaniards. But by then many major cities of California had grew around these missions, leading to their religious names such as Los Angeles for Virgin Mary, San Marino Francisco for St. Francis of Assisi etc. California remained a northern province of Mexico for almost a quarter century after California acquired independence in 1821.

During this time several nobles of Imperial Russia endeavored to explore and claim the parts of California. But due to limited Imperial interest they did not succeed completely in their aim.

In 1849 California witnessed a surge in its immigrant population due to the California Gold Rush. In 1850 California became the 31st sate of the United States.

The migrant population increased all the more during the 20th century with the completion of major transcontinental highways such as Lincoln Highway and Route 66. In the years that followed the population of the state augmented even more due to different reasons. However California has not just progressed in terms of population but it has scaled new heights in various other sectors.