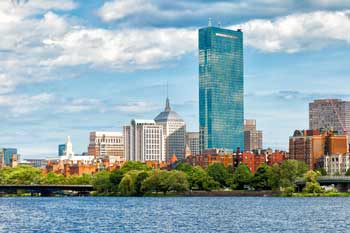 This beautiful state in the New England region of northeastern United States, Massachusetts is a place worth visiting. To the north of Massachusetts is New Hampshire and Vermont, on the west lies New York, to the south there is Connecticut and Rhode Island and on the east is Atlantic Ocean. Due to many big bays along the coastline, Massachusetts is also known as the Bay State.

The charismatic state of Massachusetts is a perfect blend of history, beaches, mountains, forests, wildlife, various activities such as boating, white river rafting, skiing, hiking, whale watching, skyscraping and wonderful cities such as Boston, Salem, Lexington and Concord. These and many more attractions make Massachusetts a timeless and ideal vacation destination. 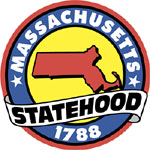 The largest city of Boston is also the historic capital of Massachusetts and an evergreen pull to the state. Boston is located at the inmost point of Massachusetts Bay and is known to be one of the oldest, richest and extremely culturally important cities of United States.

Reflecting over the great history of the state it is revealed that at one point of time Massachusetts used to be the most significant northern colony. It was also a crucial part of New England where quite a few American institutions and traditions were established. The colony of Massachusetts was not scattered farms but it was constructed near small towns.

The Plymouth colony of Massachusetts was settled by the Pilgrims. The Puritan settlers went to Salem and then to Boston in the Massachusetts Bay Colony. The Puritans were extremely secular people. They were also known as Yankees. It was because of them that the Congregational Church exercised full authority over small towns.

In 1670 the Massachusetts Bay Colony overpowered some Indian tribes in King Philip's War. The War was a result of racial tensions and was the bloodiest Indian war of the early colonial period.

In 1685 King James II of England came to power. James II was a staunch catholic and so militated against the protestant rule. The king appointed Joseph Dudely as the president of New England. King James II was overthrown by King William and Queen Mary while Edmund Andros became the Royal Governor of the Dominion of New England. In 1692 Simon Bradstreet took the post of Andros. Bradstreet merged the Massachusetts Bay Colony and Plymouth Colony in 1691.

During the American Revolution Massachusetts played an important role. The city of Boston witnessed the main battle that commenced in 1775 and continued till 1776. The purpose of the battle was the unification of the 13 colonies.

On 15th June 1780 a Constitutional Convention drafted by John Adams drew up a Constitution. Massachusetts became the foremost state to take a step ahead in abolishing slavery.