Origin of name: Name based on an Oto Indian word that means "flat water," referring to the Platte River. 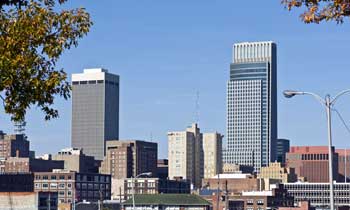 The Great Plains state of the United States, bordered by South Dakota to the north, Iowa and Missouri to the east, Kansas to the south, Colorado to the southwest and Wyoming to the west, Nebraska is the getaway to the real American west. With a population of 1,711, 263 approximately, Nebraska is a flat state that offers several interesting sites and places.

The largest city of the state, Omaha is a picturesque and vibrant city with various attractions such as Joslyn Art museum, Omaha Central Park, the Henry Doorly Zoo, the Air and Space Museum etc. According to some people this town bustling with people is a model for American cities. 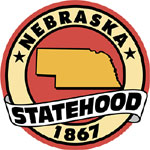 Lincoln is the city southwest of Omaha. Lincoln is the capital of Nebraska and the second largest city in the state. The city is famous for many reasons such as Art Museum and Sculpture Garden, the Rollerskating Museum, the Sheldon Art Gallery located near the University Campus, the great shopping areas such as South Pointe or the Westfield Gateway Mall, etc.

Besides the wonderful places, Nebraska has a rich history too. There were settlements in the region during the prehistoric times. Those early inhabitants mainly relied on farming. After them came the Native Americans who were greatly devoted to hunting and not farming. The prominent Native American tribe was the Pawnee. In 1541 for the first time Nebraska was visited by Europeans. They were a group of explorers led by the Spanish explorer Francisco Vasquez de Coronado.

In 18th century French traders also came to Nebraska. Though commerce particularly of fur began in the territory at that time yet the process of development started when in 1803 the region came under the United States of America after the Louisiana Purchase. In 1804 the Nebraska territory witnessed the Lewis and the Clark expedition. In 1813 Manuel Lisa established the first fur trading post in Nebraska.

In 1819 the economy of the state flourished further with the running of the steamboats on the Missouri river. Due to the steamboats the river ports of Omaha and Brownville acquired good amount of business.

In 1854 after the passage of the Kansas- Nebraska Act, a bill that turned into a law on 30th May 1854, Nebraska got the status of a territory. For as per this act the United States congress established separate territories of Kansas and Nebraska. The land area of Nebraska had increased due to the act. But in 1863 the territories of Dakota and Colorado were sectioned from that of Nebraska. As a result the area of Nebraska territory got reduced and became what it is today (200,520 square kilometers).

In 1892 the first national convention of the Populist Party was held at Omaha. From 1895 to 1901 the Populists were the rulers of the state as governors

However in 1900 Populism began losing its vigor and the little progress the state had made due to the decline of Populism was washed out due to the First World War. But Nebraska got back its prosperity during the course of Second World War due to a great surge in the demand of food.