Origin of name: Based on an Indian word "Ouisconsin" believed to mean "grassy place" in the Cheppewa tongue. 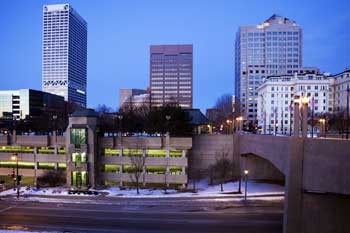 Located in the Midwest region of United States, the state of Wisconsin is one with a difference. The state is popular due to its natural beauty, charismatic aura, two Great Lakes, the famous Mississippi River and the dense forests and lakes. The vibrant cultural festivals and events, thrilling activities and wonderful attractions add to the timeless enticement of the state.

The northern region of the state is extensive pinestral forests of the Northwoods. This half of Wisconsin is famous for beautiful quiet lakes, numerous waterways, OcontoArea, ParkFalls and Superior. 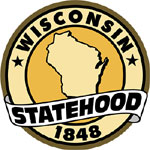 The central region of the state is abundant in natural beauty and intrigues the visitors with day-to-day activities of the natives. There are several small but beautiful towns that are located at the edge of the lakes or below one of the state's highest peaks. The simplicity and liveliness of these towns is quite appealing to the visitors.

You can witness a unique combination of various landforms (landscapes, woodlands, lakes etc.) in the eastern half of the state that runs along the lake Michigan. The area is swarming with people for lovely cities such as Appleton, GreenBay and Milwaukee here.

If rocks and mountains related activities are what you want to enjoy, the southwestern part Wisconsin is ideal to visit. This part of the state has amazing rock formations, steep hills and hidden valleys, ravines composed of ferns and woodland flowers and other created attractions. The famous and the capital city of Madison is in this half of the state.

Madison city is a perfect amalgamation of the city culture and small town appeal. The city presents several pulls to woo the hearts of the visitors. For instance the State Capitol (based on the Capitol in Washington DC), Lake Monona and the Monona Terrace Community, the Convention Center, Cave of Mounds, magnificent museums such as Mount Horeb Mustard Museum, grand shopping malls, delectable cuisine and much more make the city a superb vacation destination.

Pondering over the past of Wisconsin we find the archaic origins of the state. The Wisconsin region had Jean Nicolet, a Frenchman as its foremost European explorer. Till 1763 the Wisconsin territory was governed by the French after which it was ceded to the British.

The governing power of the state kept on shifting from one to the other. As soon as the American Revolutionary War got over, the state became a part of the US Northwest Territory. After that it came under the control of the Indiana territory followed by Illinois territory and then to the Michigan territory.

Wisconsin was a major mining state during 1820, 1830 and 1840. After the opening of the southwest portion of Wisconsin due to Indian treaties, the state witnessed an influx of countless miners and immigrants from Cornwall in England.

However, during 1840 the population of miners reduced because of the California Gold Rush. But the period when the mining was at it's best in the state contributed greatly to its development. This also fetched the state its nickname, The Badger State.