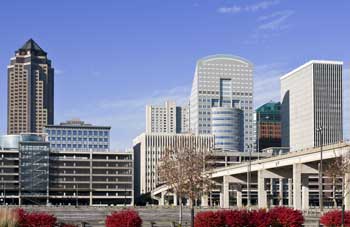 The land of wonderful and important historic sites, elegant and beautiful cities, breathtaking countryside and the four seasons of nature at their best, Iowa is certainly a place to be visited. The land between two rivers, Mississippi on the eastern side and the Missouri on the western, Iowa welcomes its visitors with countless memorable attractions and genuine hospitality of its natives.

Iowa spreads in 145, 743 square kilometers and is a Midwest of the United States. The official language of the state is English. Iowa's capital is its largest city Des Moines. The beautiful city of Des Moines is a hub for Iowa's major economic activities and also a paradigm reflection of the state's pas. 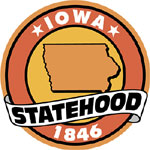 Pondering over the rich history of Iowa it is revealed that the state got its name from the American tribe of the same name. The first Europeans to visit the state were French explorers named Louis Joliet and Jacques Marquette. The territory of Iowa has witnessed the settlement of around 17 tribes during its pre-historic era. Out of these the Meskwaki tribe exists till date.

Iowa formed a part of the Louisiana Purchase that was a deal settled between president Thomas Jefferson and Napoleon Bonaparte of France that brought a vast part of the continent under the control of the United States. Till the beginning of 1830, Iowa was close to white settlement.

In June 1833 the first American settlers moved to the region. These people were mainly families from Illinois, Indiana and Missouri.

Due to the Black Hawk War conflict that came to an end in 1832, the Sauk and Fox were pressurized to make their first land cessions west of the Mississippi. In a deal with the Sauk and the Fox United States acquired fertile lands of Mississippi valley, which is today's eastern Iowa.

Iowa made a great contribution during the American Civil War. More than 75,000 Iowans took part in the war but unfortunately around 13,000 of them died of a disease. Iowa's contribution is noted in history for during the civil war it served America with the greatest number of soldiers per capita than any other state in the union with approximately 60% of eligible males serving.

During the First World War Iowa experienced an incredible boom in the farming of beef, corn, and pork. But because of the elimination of the wartime subsidies the end of the war brought a tough time for the farmers.

Around 1940 Iowa made a recovery from the major losses and problems it had incurred due to the wars. From 1988 to 2000 the state supported the Democrats in the presidential elections. The democrats are prominent in the eastern half of the state and in the capital city.