Origin of name: South Dakota is the land of the famous Sioux or Dacotah Indians. Dakota Territory and later South Dakotans were named for the tribe. 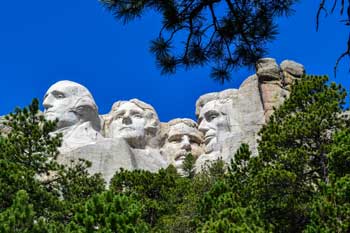 South Dakota is a Midwestern state in the united state. Bordered to the north by the North Dakota, to the south by Nebraska, to the east by Iowa and Minnesota and to the west by the states of Wyoming and Montana, South Dakota is quite an interesting place.

With numerous attractions here and there, to its every visitor the state offers much more than expected. Among the sixteen beautiful cities of the state, Sioux Falls is the largest city. Spreading in an area of 68.9 square miles, this city on the banks of Big Sioux River is abundant in natural beauty. 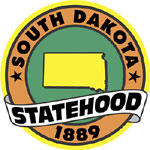 From the great ski slopes of Great Bear to the huge shopping selection at the Empire Mall, beautiful museums and movie watching at the Century Theaters, the city has everything to keep the visitors active and busy. Moreover the Sioux Falls city is one of the safest in the states.

The capital city of the state is Pierre. Pierre is the county seat of Hughes County. The city offers some great sight seeing places and sites where you can enhance your sporting spirit. For instance the Fort Pierre National Grasslands, Triple U Buffalo Ranch, Dunes Golf Complex, Expo Center Hockey Rink, and the Willow Creek Wildlife are some worth visiting sites.

Like abundance in natural beauty South Dakota has a large land area too. With an area of 199,905 square kilometers the state is ranked seventeenth in the United States. The population of the state is 754,844 approximately, which places it at 46th rank in demographic scenario.

Reflecting over the past of this state full of fun and excitement we find that it has a rich historical background. South Dakota has witnessed several inhabitants. Around 1700 French and other European explorers entered the area. In 1800 the prominent inhabitants were the Sioux i.e. Dakota, Lakota and the Nakota.

In next few years the American and European settlements increased largely in the area. In 1858 the most of the South Dakota region especially the eastern part was ceded to United States. This happened after Yankton Dakota Sioux declined to ratify the 1858 Treaty.

The huge cities of Sioux Falls and Yankton were founded in 1856 and 1859 respectively. In 1861 the United States government recognized the Dakota Territory.

This newly recognized territory comprised of present-day North Dakota, South Dakota and parts of Montana and Wyoming. Gradually the population in the territory increased due to several factors. In 1874 under an expedition led by George A Custer led to the discovery of gold in the Black Hills.

On 2nd November 1889 the Dakota Territory became the present day state of North Dakota and South Dakota. This happened after a conflict between people of northern and southern region