Origin of name: Named for King George II of England. 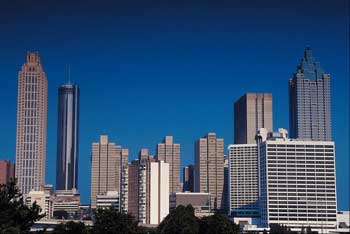 Bounded by the beautiful state of Florida on the south, huge Atlantic Ocean and wonderful state of South Carolina on the east, Alabama on the west and the Tennessee and the North Carolina on the north, the southeastern state of United States, Georgia is a distinguished place known for more than a few reasons. Famous as Peach State, Georgia is the land of charismatic natural beauty, wonderful cities and mind-blowing attractions. The sturdy Blue Ridge Mountains standing along the beautiful beaches along the Atlantic Coast in the northern half and the beautiful city of Atlanta in the north central part of Georgia are year round attractions.

Spreading in an area of 343. 0 square kilometers, Atlanta, the capital city is also the largest city of the state. It is also the most populous city of Georgia. Atlanta is a vibrant city that offers tall compact buildings, old mansions and some of the best museums in the United States. Besides these the exciting cultural and traditional festivals, delectable cuisine, grand shopping malls and lively markets where you will find every big and small thing of purpose and thrilling nightlife of the city are timeless lures. The city is also known for its unique rail system MARTA if you are within walking distance of the rail system. 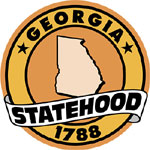 Another wonderful city of the Georgia is Savannah. Savannah lies in the Southeast of Georgia. Dating back to 1733 Savannah is a historic city of Georgia. A walk through the old streets of Savannah will acquaint you with the rich history of the Georgia. Besides the archaic monuments in the city are perfect reflections of the past. Apart from these there are some exotic beaches, grand restaurants, pulsating nightlife joints, more than hundred amazing shops and galleries that make Savannah not just a shopper?s paradise but also the place offers much more than expected.

Turning the pages of history we get to know about the glorious past of the state. In the early years the state was frequently visited by Spanish explorers. These explorers mainly visited the inland region of Georgia which they ruined to a great extent. By 1560 the moundbuilder culture in the state as described by Hernando de Soto had completely receded without leaving behind any significant trails.

During this the British encountered the Spanish who were moving north from their office in the state of Florida. After some time in 1724 the British colony in Georgia was renamed as Province of Georgia. This was done in regard to the King George II.

In the years that followed the Georgia region witnessed lot of British settlements. In 1752 Georgia was declared a royal colony and its foremost constitution came in 1777 but that was rejected after some time.

During the American Revolution Georgia was also one of the thirteen colonies that revolted against the British rule. On 2nd January 1788 Georgia became the fourth state after ratifying the United States Constitution.