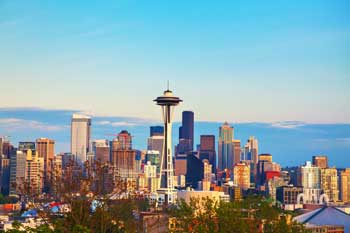 Located in the Pacific Northwest of the United States, the state of Washington is characterized by deserts, snowcapped mountains, lush farmland, river gorge, uneven ocean shoreline and huge temperate rain forests. The state that derived its name from the famous personality George Washington, the first president of the United States, is a wonderful place for people of all ages.

Usually the state of Washington is confused for the nation's capital city, Washington DC. However the two are different places altogether. 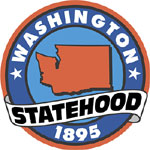 Washington is a densely populated state. The approximate population of the state, 5,894,121 makes it the fourteenth most populated state in the Union. The capital of Washington is the beautiful city of Olympia. Olympia is the home to the famous historic Capitol Building that was constructed between 1921 and 1928 and is one of the tallest masonary domes in the world.

Another wonderful city of Washington is Seattle. Seattle is also the largest city in the state. The aura of this city and its aerial view is mind-blowing as it is surrounded by water and mountains. The city is famous for magnificent museums such as the Seattle Art Museum, Seattle Asian Art Museum, The Henry or the Frye Art Gallery; the visual arts at Pacific Northwest Ballet, the Seattle Opera House; the underground tours; waterfront and Pike Place Public Farmers Market famous for fish throwers etc.

Washington is a state with very old origins. The region was once inhabited by Native Americans. These people brought their own culture, tradition and commerce to the place. Salmon fishing and whale hunting were their prominent activities.

The Native Americans were followed by the Europeans. In 1775 the Spanish captain Don Bruno de Heceta was the first European to explore the place.

The region of Cape Flattery in Clallam County of Washington was discovered in 1778 and its discoverer was British explorer James Cook. Later on the straits were explored by Captain Charles W. Barkley in 1789, Mauel Quimper in 1790, Francisco Eliza in 1791 and British Captain George Vancouver in 1792. On 10th October 1805 the Lewis and Clark expedition entered the state.

In 1819 Spain ceded the original powers of the authority to the United States government. This led to the Oregon boundary dispute in which the American and the British forces claimed the Oregon County, a region of northwestern North America. This dispute did not end before 15th June 1846 when under the Treaty of Oregon Britain ceded their claims to this land to United States.

In 1853 the Washington territory was formed from part of the Oregon Territory. On 11th November 1889 Washington was declared the 42nd state in the United States.

During the Second World War the Puget Sound area of Washington was the center of war industries. In 1943 due to its Hanford Works Atomic Energy Washington played a crucial role in creation of nation's atomic bombs.