Origin of name: Based on a word used by Caddo Indians meaning "friends". 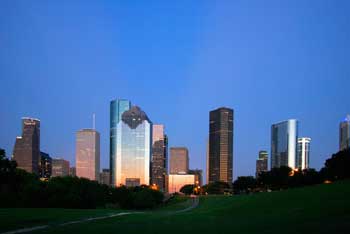 With a land area of 696, 241 square kilometers this second largest state in the United States of America has something unique to offer to its every visitor. The state is known for its natural beauty that is composed of extensive plains, rolling hills, wide-open spaces and wonderful seaside; myriad lifestyles; cultures and opportunities to give vent to your adventurous spirit.

Also known as the Lone Star, the state has very old origins. The history of Texas began around 10,000 BC when the state witnessed its first human settlement. Soon Native Americans inhabited the state. The Native American comprised of the tribes of Apache, Atakapan, Bidai, Caddo, Comanche, Cherokee and Kiowa etc. 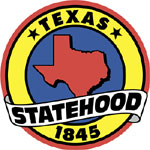 From 1690-1821 Texas was under the governance of a Spanish colony of New Spain. In the 17th and 18th centuries the Spain and France tried to gain control over Texas. The Spanish bases were in Mexico and New Mexico while the French operated from Louisiana.

But French could not acquire control of the Texas region and in the beginning of 19th century they sold of their North American belongings to the United States under the Louisiana Purchase. As a result the state of Texas came under the power of United States.

From 1821 to 1835 Texas was a part of Mexico. It was then called Mexican Texas. This happened after the Mexican war of independence in which Mexico conquered Spain. In 1836 Texas acquired independence from Mexico and the Republic of Texas was formed.

In 1836 there were five non-permanent capitals of Texas. The present capital of Texas, Austin was declared in 1839. The city of Austin is known for various reasons such as natural beauty, other attractions, center of political and economic activity and above all its dense population.

According to the census, the population of Austin is around 656,562 people that makes it fourth and sixteenth most populated city in the state and the union respectively.

Prior to Austin the city of Houston was the capital of the city. With a land area of more than 600 square miles Houston is also the largest city of the state and fourth largest in the United States.

On 13th October 1845 the constitution of republic of Texas was accepted and so Texas became a state of the United States. But on the very day annexation took place and a large part of the existing Texas territory were ceded to the federal government. But only the territory outside of the current Texas area was ceded and no public lands within its current boundaries were annexed.

On 30th march 1870 the state of Texas was readmitted to the union.