Origin of name: Named by the Spanish for lands north of the Rio Grande River. 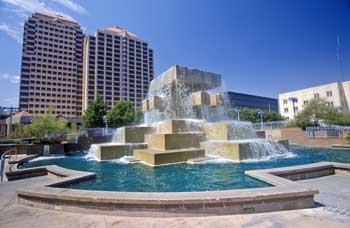 With a large chunk of US Amerindian population, this southwestern state in the United States offers beyond expectation. Be it the hospitality of the natives or the attractions of the state, New Mexico presents everything to its best. The state is particularly famous for its natural beauty (wide landscape ranges, rose-colored deserts, broken mesas, snow-capped peaks), magnificent museums (Billy the Kid Museum, International UFO Museum), national parks (Chaco Canyon Historic Park) and ancient past.

Among the other beautiful cities of the state, the capital city Santa Fe and the largest city Albuquerque are quite popular. With numerous and timeless attractions, these cities are worth visiting places for every visitor. 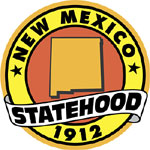 New Mexico is the fifth largest state in the Union. Its land area is 315,194 square kilometers. The population of the state is 1,819,046 approximately.

In 1500 the Pueblo civilization mushroomed in the region. In 1540 the Spanish conquistador Francisco Vasquez de Coronado led a full-scale expedition in the region. The capital city of New Mexico was founded at the foot of the Sangre de Crisot Mountains in 1609. Its founder was a later governor of the state, Pedro de Palta. Santa Fe is the oldest capital of New Mexico.

The city of Albuquerque came into prominence in 1706 while Santa Fe was being developed as a trade center of the state. The city was named after the viceroy of New Spain, the duke of Albuquerque.

In 1803 part of New Mexico went under the United States due to the Louisiana Purchase. The rest of the New Mexico region was given to the independent Mexico because of the Mexican war of independence that began in 1810 and continued till 1821.

American General Stephen W. Kearnyand entered into Santa Fe during the time of Mexican- American War. Kearny brought many political and military changes in the state. At that time the New Mexico territory was under the control of United States of America.

After the glorious reign of Kearny, a rebellion broke out in the pueblo of Taos. Soon there was Taos Revolt in thee region. The revolt was a popular insurrection against the American occupation of New Mexico during the Mexican American war.

On 9th September 1850 the American government established the New Mexico Territory after Texas transferred the eastern New Mexico to the federal government. The Territory then comprised of all of Arizona, New Mexico and parts of Colorado. Its official capital was established at Santa Fe in 1851. Finally on 6th January 1912 New Mexico was granted the status of a state.

During the American civil war, Confederate troops occupied the southern New Mexico for a short while. In 1862 the territory was captured again by the union troops.

On 6th January 1912 congress admitted New Mexico as the 47th state in the union. Its adjoining state Arizona was admitted as the 48th state of the union on 14th February 1912.