Origin of name: Based on an Aleut word "Alaxsxaq" meaning "object toward which the action of the sea is directed" or more simply "the mainland" 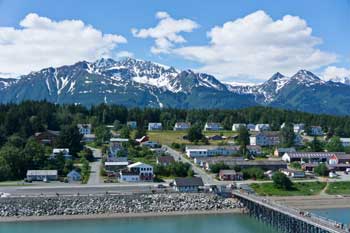 The land of breathtaking crystal glaciers and huge ice-capped mountains, vast landscapes, steep and rocky coastline and incredible wildlife, numerous water-sports and other adventures, Alaska is certainly one of the special places on earth. The state has something to offer everyone; its numerous outstanding features lure people from every corner of the world and thus it is an ideal and coveted tourist destination.

With an area of 1,477,261 square kilometers Alaska is the largest state of United States. Its area is twice that of the next second largest state, Texas. Featuring the longest coastline, Alaska is one of the two states that are not bordered by another US state. Though Alaska is a part of North America yet it is the only state that is not a part of the 48 contiguous states, about 800 kilometers of Canadian territory separate Alaska from Washington. 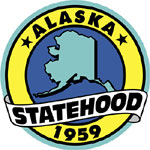 Alaska's history reveals that the state has faced numerous upheavals. In the prehistoric time people coming across the Bering Land Bridge occupied the land of Alaska. In some time Alaska witnessed various tribes such as Inupiaq, Intuit, Yupik Eskimos and other American Indian groups settling in the region.

According to historical texts the foremost Europeans to reach Alaska came from Russia. While sailing east Vitus Bering saw Mt. St. Elias. The Russian American company used to search sea otters for their fur but the high transportation costs never allowed the company to successfully meet its goal.

In 1867 under great stress and anxiety Washington DC received the new of British North America Act. It would have entailed the creation of "one dominion under the name of Canada" on 1st July 1867. This led to expressions of "grave misgivings on the establishment of a monarchial state to the north" in what the Canadians then called "the republic to the south".

Therefore William Seward, the US Secretary of State desired and the United States Senate thus gave his consent to the treaty authorizing the purchase of Alaska from Russia. On 9th April 1867 the United States of America bought Alaska and hovered its flag over it on 18th October. Till date the day is remembered as the Alaska Day in the state.

However the Alaska purchase was not much popular in the United States and was known as Seward's Folly or Seward Icebox. Wfodzinierz Krzyzanowski became the first American administrator of Alaska.

As soon as Alaska was purchased it was called Department of Alaska. During 1884 and 1912 it was labeled as the District of Alaska. It was in 1912 that Alaska acquired its territorial status.

On 7th July 1958 the president Dwight D. Eisenhower signed the Alaska Statehood Act. After an year on 3rd January 1959 Alaska was formally declared a state.

In 1976 the people of Alaska amended the state's constitution and this led to the creation of the Alaska Permanent Fund. Prior to this in 1964 Alaska was hit by one of the severest earthquakes.

During the Second World War Alaska was the only state whose boundaries were occupied during the war for three of the Aleutian Islands (Attu, Agattu and Kiska) were taken over by the Japanese troops