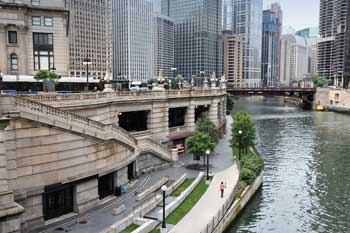 Spreading over an area of 149,998 square kilometers and inhabiting a population of 12,419,293, Illinois is a US state located in the heart of United States. Illinois is known for several reasons. It is one amongst world's wonderful tourist destinations. It has excellent scenic beauty, vast farmlands, peaceful long rivers, beautiful historic sites and America's largest urban center, Chicago. Due to natural forests, museums and art galleries, Illinois is an ideal place especially for nature lovers, art and culture aficionados.

Illinois borders some of the fascinating tourist destinations such as Lake Michigan to the north-central, Wisconsin to the north, Iowa and Missouri to the west, Kentucky to the south and Indiana to the east. 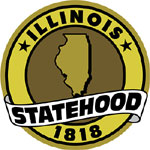 The capital of Illinois is Springfield. Springfield is the political hub of Illinois and also a tourist attraction. But more than Springfield, Illinois is known for the old city of Chicago. Chicago is a densely populated city, being the third most populous city of United States.

Chicago is a beautiful city that offers countless lures and is bustling with visitors all round the year.

Illinois has rich past. Before 1400-1500 AD, Cahokia the urban center of the pre-Columbian Mississippian culture was located near Illinois. After them came Illiniwek Confederation or the Illini which was a political alliance of several tribes. Illinois got its name from the Illini tribal alliance. But after sometime the Illini were overpowered by the Potawatomi, Miami, Sauk and the other tribes.

In 1673 French explorers namely Jacques Marquette and Louis Joliet explored the Illinois River and succeeded in making Illinois a French territory. After the French and Indian war Illinois came under the British control. In 1778 during his campaigns George Rogers Clark claimed the Illinois Country for the Commonwealth of Virginia. In 1783 the Illinois region went under the United States of America and became a part of the Northwest Territory.

On 3rd February 1809 the Illinois territory was created. In 1818 Illinois became the 21st US state. The Americans started settling in the region. At first they occupied the southern half of the state and gradually moved to the north and other directions. By doing this they displaced the original inhabitants of the state. Moreover the 1832 Black Hawk War completely drove out all the native tribes of Illinois particularly those in the north.

In 1830-1831 Illinois witnessed extreme cold conditions as snow covered every part of the state, resulting in turmoil in day-to-day life as well as tourist activities. These snow-dominated winters were labeled as "winter of deep snow".

Till 1840 Illinois was known as the Sucker State. It is also known as the Land of Lincoln because president Lincoln lived a major part of his life here. It was during the time when he was practicing law in the Springfield city of Illinois.

Illinois was quite active during the civil war time. it had served the Union Army with around 250,000 soldiers.

Over the years Illinois has developed to a great extent and has earned a commendable name in various sectors such as state's economy, culture and tradition etc.