ABOUT United States of America 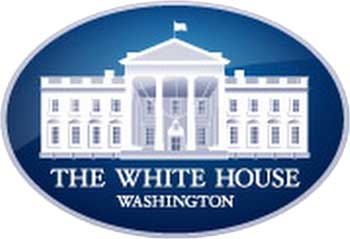 The land of opportunities, United States of America emerged as a potent world leader during the World War II. Today its strong presence can be felt in the military, political, economic, scientific, technological and cultural affairs of the world. With the disintegration of the erstwhile Soviet Union, it has become the lone super power of the world. One of the largest democracies in the world, United States is a federal republic and is situated in North America. It is bordered by Mexico on the south, Canada on the north, Atlantic Ocean on the east and the Pacific Ocean on the west. United States comprises of 50 states and one federal district. It also has numerous other dependant territories throughout the world.

It is widely believed that first settlers in North America arrived from northeast Asia between 48,000 BCE and 9,000 BCE. Historians believe that these people crossed the Bering land bridge while hunting. Petroglyphs, burial mounds, and other artifacts found from the different parts of the United States prove this argument. Before the arrival of the Europeans, there were several tribes in the present day United States and their population is estimated around 8 million. Anasazi and the Woodland Indians were the most prominent tribes and they had established large communities. It is believed that at the heights of the civilization some these tribes built sandstone buildings with several floors.

Historians have recorded the occasional visit of the Norse and the Vikings before Christopher Columbus opened the doors for large scale European colonization. Spain was the first European power to colonize areas of the present day United States. They occupied regions around the southwest and Florida during 1500s and 1600s. The Dutch, the British and the French soon followed. The first British settlement was in Virginia in 1607. The Dutch established the forerunners of the present day states of New York and New Jersey during this period. The present day Delaware was established by the Swedes but was later occupied by the Dutch. During this time the famous Pilgrim Fathers arrived and this led to extensive British colonization. The European powers brought with them foreign diseases that the local population had never experienced. This led to large-scale deaths and the wars between the locals and Europeans added to their woes.

European powers soon established their foothold on the continent but soon internal bickering came to the forefront and this led to a series of wars between the different European powers. Britain emerged the strongest and occupied large parts of the present day United States. But this came at a cost; taxes were imposed on the colonists by the British parliament as the crown was finding it hard to raise money for large-scale wars. This and several other reasons led to colonists rebelling against the crown.

The American Revolutionary War against Britain began in 1775. By 1776, around 13 colonies declared its independence from Britain and formed the United States. It was an informal alliance and each had its own sovereignty. Soon these colonies raised a common army called the Continental Army. A political structure was established by the 13 colonies in 1777 making them a confederation. It was ratified in 1781 and this led to the United States becoming the first federal republic. They formed a centralized government with a constitution in 1789. George Washington became the first president under the constitution. This period also saw several wars including the Mexican-American war, the war of 1812 and various other wars with the Indians.

In 1860, South Carolina seceded from the union and this was followed by six other southern states. They formed the Confederate States of America and this led to the famous American Civil War. Soon several other states followed suit and joined the Confederate States. During the civil war, proclamations were issued against slavery and by the end of the war in 1865 full emancipation took place. The civil war for once and all settled the issue of the state's right to secede, by making the federal government more powerful than the state government.

This was followed by large-scale industrial development, which promoted an extraordinary wave of immigration to the United States. The industrial growth saw the rise of United States as a powerful nation. World War I saw United States improving its position among the states of the world. The United States of 1920s saw large-scale prosperity in the field of industry but this came at the behest of agriculture. Agriculture produce had no value and this created an unbalanced economy. This unbalance prosperity led to the infamous stock market crash of 1929, which was followed by a period of great depression. The economy made no improvement until World War II. The Japanese attack of Pearl Harbor drew the United States into the World War II. This ultimately ended in the defeat of the imperialist powers and gave the much-needed boost to United States.

The period after the World War II saw the United States and the Soviet Union trying to influence international opinion on different issues. This led to the Cold War which continued till the disintegration of the Soviet Union. The Cold War often reached the brink of large-scale war but was often averted through last minute discussions. The Cold War had its positive effect on the United States as it developed industrially and economically. To compete with the Soviet Union the government encouraged all fields of activity and the greatest development came in the filed of science and space exploration.

Today, United States is the lone superpower and a country in which many people around the globe dream to live in. United Sates stands for democracy and in its support, it interferes in the different parts of the world. The latest being the occupation of Iraq. But these interventions are not welcomed by many and led to the September 11 attack. Natural calamities also took a toll on the nation during the new millennium.